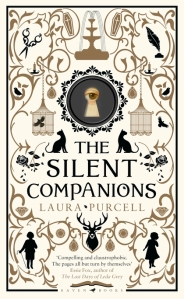 Newly married, newly widowed Elsie is sent to see out her pregnancy at her late husband’s crumbling country estate, The Bridge.

With her new servants resentful and the local villagers actively hostile, Elsie only has her husband’s awkward cousin for company. Or so she thinks. But inside her new home lies a locked room, and beyond that door lies a two-hundred-year-old diary and a deeply unsettling painted wooden figure – a Silent Companion – that bears a striking resemblance to Elsie herself.

The book opens with the main character Elsie “Elizabeth” Bainbridge as an amnesiac, numb and mentally-tortured patient of an insane asylum. The doctor – a young new face highly enthusiastic about the prospect of helping Elsie return her memories reveals that she is suspected of arson and potentially murder. Elsie was severely injured in a fire, the incident also robbed her of her voice. Two people were registered to have died at the Bridge, the ancestral home of her late husband. Four bodies were later found in the mansion.  In an attempt to remember what happened, Elsie slowly begins to recount her tale in writing.

END_OF_DOCUMENT_TOKEN_TO_BE_REPLACED

Goodreads description: Manson makes the argument, backed both by academic research and well-timed poop jokes, that improving our lives hinges not on our ability to turn lemons into lemonade, but on learning to stomach lemons better. Human beings are flawed and limited—”not everybody can be extraordinary, there are winners and losers in society, and some of it is not fair or your fault.” Manson advises us to get to know our limitations and accept them. Once we embrace our fears, faults, and uncertainties, once we stop running and avoiding and start confronting painful truths, we can begin to find the courage, perseverance, honesty, responsibility, curiosity, and forgiveness we seek.

The readers should not remain misguided by the title, for Mark Mason’s book isn’t pure and simply a book on how not to have a care in the world. Rather, it’s a book about learning to understand and to care about the things that truly matter in a way that will not damage you.

All the while I was reading The Simple Art of Not Giving a Fuck I kept enthusiastically repeating “Yes!” and “Indeed!” after reading every other statement. The things Mason talks about… I have come to learn some of them through years of nervous breakdowns, uncertainities, shaky self-confidence and lots of dead nervous cells. Through years of hearing hearing the people closest to me saying that I’m just not good enough until I’m this or that. What I have learned over all of these years is that acceptance matter. Sometimes you just have to accept things just the way they are. “Pursuing something only reinforces the fact that you lack it in the first place. The more you desperately want to be rich, the more poor and unworthy you feel, regardless of how much money you actually make.“ 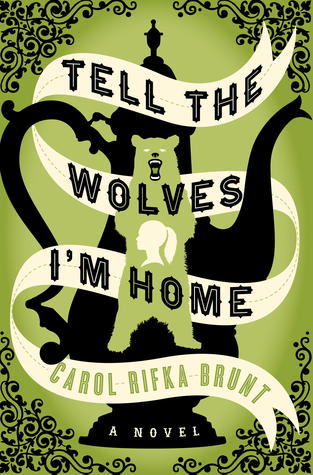 Two lonely people become the unlikeliest of friends and find that sometimes you don’t know you’ve lost someone until you’ve found them.

1987. There’s only one person who has ever truly understood fourteen-year-old June Elbus, and that’s her uncle, the renowned painter Finn Weiss. Shy at school and distant from her older sister, June can only be herself in Finn’s company; he is her godfather, confidant, and best friend. So when he dies, far too young, of a mysterious illness her mother can barely speak about, June’s world is turned upside down. But Finn’s death brings a surprise acquaintance into June’s life – someone who will help her to heal and to question what she thinks she knows about Finn, her family, and even her own heart.

As the events unravel, the reader begins to see that June’s love for her uncle has grown into an unhealthy obsession. Not in a maniacal sort of way, but still not quite right. Even her sister Greta used to tease June that she was in love with her gay uncle and by going through the first half of the book, it’s hard not to question whether in fact it was true. Sure thing, June grieves about the loss of her closest friend and confidant, but her loss becomes a sort of compulsion.

She gets jealous – four-year-old kind of jealous – of a life that Finn has led without her. The character is slow to realize that Finn was gay. As it turns out, Finn’s sister (June’s mother) put her brother before a choice – he could keep in touch with the girls only without the involvement of his boyfriend.   June questions why would Finn keep his boyfriend secret, and while the homophobic attitudes of the family the answer is quite obvious. At one point June even gloats that Finn did not take his boyfriend Toby to the Cloisters Museum, where Finn and June used to go on their Sundays together.

Tell the Wolves I’m Home touches on many topics, perhaps too many to make it likable. It’s slow, at some points quite painfully so. June’s journey of self-discovery drags on and on, and the things that happen to her and the other characters (unfairness of life, judgments, loneliness etc etc) are quite tragic and yet Tell the Wolves I’m Home is no first-class drama, it’s a “meh” kind of book that did not leave either a positive or negative impression. It’s not a book that I would recommend, re-read or go see in cinemas if it gets an adaptation.

The year is 1956, and the Axis powers of the Third Reich and Imperial Japan rule the world. To commemorate their Great Victory over Britain and Russia, Hitler and Emperor Hirohito host the Axis Tour: an annual motorcycle race across their conjoined continents. The victor is awarded an audience with the highly reclusive Adolf Hitler at the Victor’s ball.

Yael, who escaped from a death camp, has one goal: Win the race and kill Hitler. 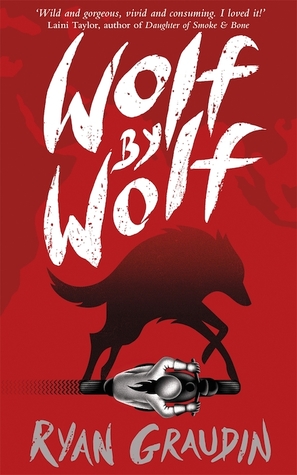 are good, just good – not stellar that is, and then there are books that have brilliant storylines but lackluster execution. Wolf by Wolf by Ryan Graudin is one of those.

Yael’s experiences in the concentration camp made her forget her face, but etched the pain and sacrifices on her soul, making her a loose the grip of her emotions. The life in hiding also made Yale forget what it’s like to deal with humans, the interactions and emotions that come with. While she has been preparing for her insurgency for years, her first mission, and the fact that she has to deal with the results of actions of Adele Wolfe, the young woman whom she is impersonating.

END_OF_DOCUMENT_TOKEN_TO_BE_REPLACED 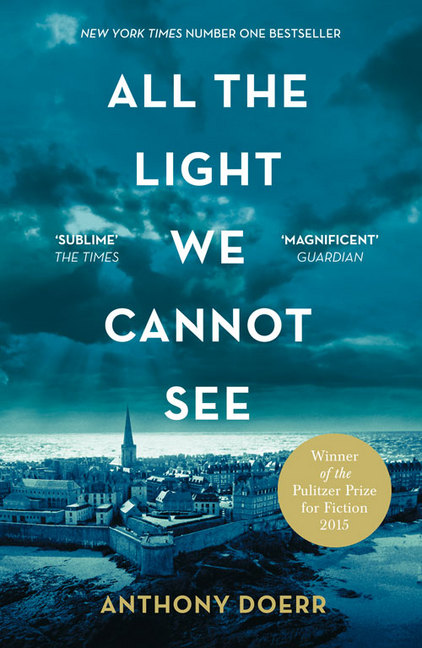 Marie-Laure lives with her father in Paris near the Museum of Natural History, where he works as the master of its thousands of locks. When she is six, Marie-Laure goes blind and her father builds a perfect miniature of their neighborhood so she can memorize it by touch and navigate her way home. When she is twelve, the Nazis occupy Paris and father and daughter flee to the walled citadel of Saint-Malo, where Marie-Laure’s reclusive great-uncle lives in a tall house by the sea. With them they carry what might be the museum’s most valuable and dangerous jewel.

In a mining town in Germany, the orphan Werner grows up with his younger sister, enchanted by a crude radio they find. Werner becomes an expert at building and fixing these crucial new instruments, a talent that wins him a place at a brutal academy for Hitler Youth, then a special assignment to track the resistance. More and more aware of the human cost of his intelligence, Werner travels through the heart of the war and, finally, into Saint-Malo, where his story and Marie-Laure’s converge.

Anthony Doerr’s All the Light We Cannot See is a masterpiece of great beauty, a true literary tour-de-force that sweeps the reader away and doesn’t let go, and as you rush through the pages some of the most persistent thoughts in your head are – I do not want this to end. I’ve recommended All the Light We Cannot See to my mother, grandmother and to my boss well, to almost anyone whom I’ve met since I finished it and who has the slightest interest in the written word. Doerr’s book is a stupendous and enchanting masterpiece that pulls you right in.

END_OF_DOCUMENT_TOKEN_TO_BE_REPLACED 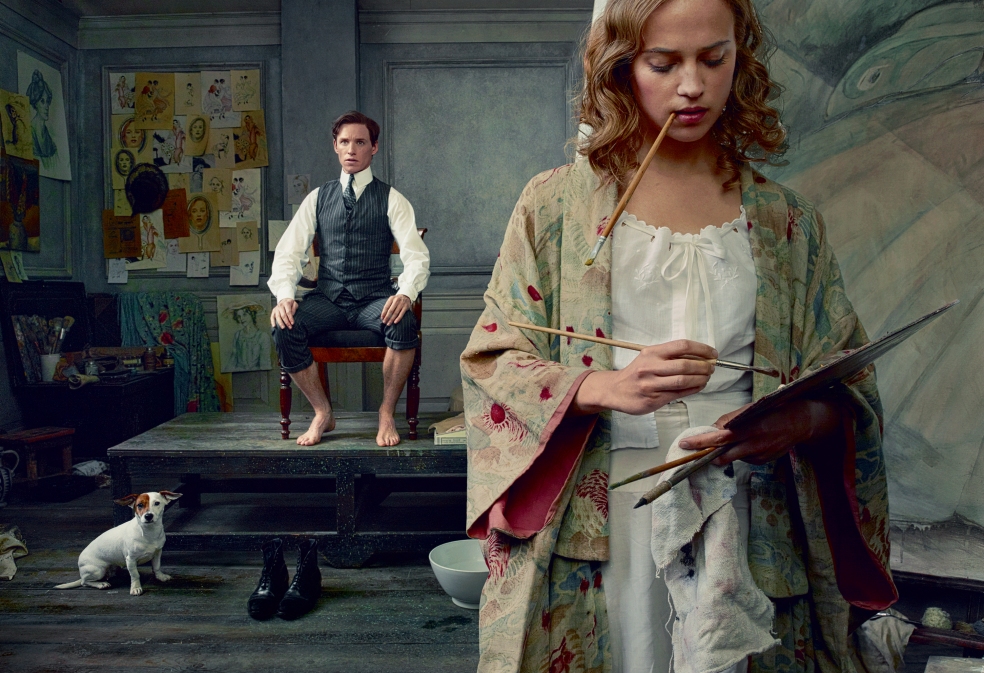 It starts with a question, a simple favour asked by a wife of her husband while both are painting in their studio, setting off a transformation neither can anticipate. Uniting fact and fiction into an original romantic vision, The Danish Girl eloquently portrays the unique intimacy that defines every marriage and the remarkable story of Lili Elbe, a pioneer in transgender history, and the woman torn between loyalty to her marriage and her own ambitions and desires.

Over the last few years, the film industry has become an almost inexhaustible source of reading inspiration. I have first looked up the story of Lili Elbe, while reading the rave articles about the stunning transformation of Eddie Redmayne, who started filming The Danish Girl shortly after scooping all possible awards for the role of Stewen Hawking.

David Ebershoff’s novel tells the story of Danish painter Einar Weneger and his American wife , also a painter. Weneger became the first recipient of gender reassignment surgery after standing in as one of his wife’s models and gradually discovering his true feminine identity as Lili Elbe. Lili Elbe became a transgender pioneer, the story of her marriage is as unconventional and provocative as one may be. But the fact is, David Ebershoff’s novel bears only a slight resemblance to the truth, and had I know the extent of historical inaccuracies I would most likely have avoided reading it altogether.

Literature, and art in general, should allow space for artistic interpretation. However, when it comes to remarkable people who’ve lived remarkable lives, overt disregard to historical fact, especially when it comes to all but one character of the novel, is a sacrilege. In his acknowledgments, the author of The Danish Girl does state that the novel is only loosely based on Weneger’s /Elbe’s life, all other characters save for Einar/Lili have found no reflection in reality.

END_OF_DOCUMENT_TOKEN_TO_BE_REPLACED 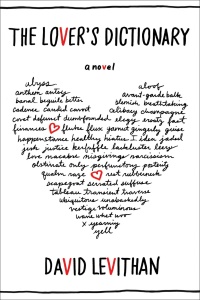 A modern love story told through a series of dictionary-style entries is a sequence of intimate windows into the large and small events that shape the course of a romantic relationship.

Moments of tenderness, intimacy, moments of falling in love and falling apart. The Lover’s Dictionary is an anonymous love story told in snippets of conversation and intimate moments that define relationships. Aberrant, narcissism, taciturn, zenith… Each word, each love story would find a reflection in millions of lives.

David Levithan’s book is a poetic, moving and resounding triumph, one of the most original books about love that I’ve ever read. Of course, 26 letters of the alphabet are not nearly enough to say about love, yet David Leviathan makes a brilliant attempt.